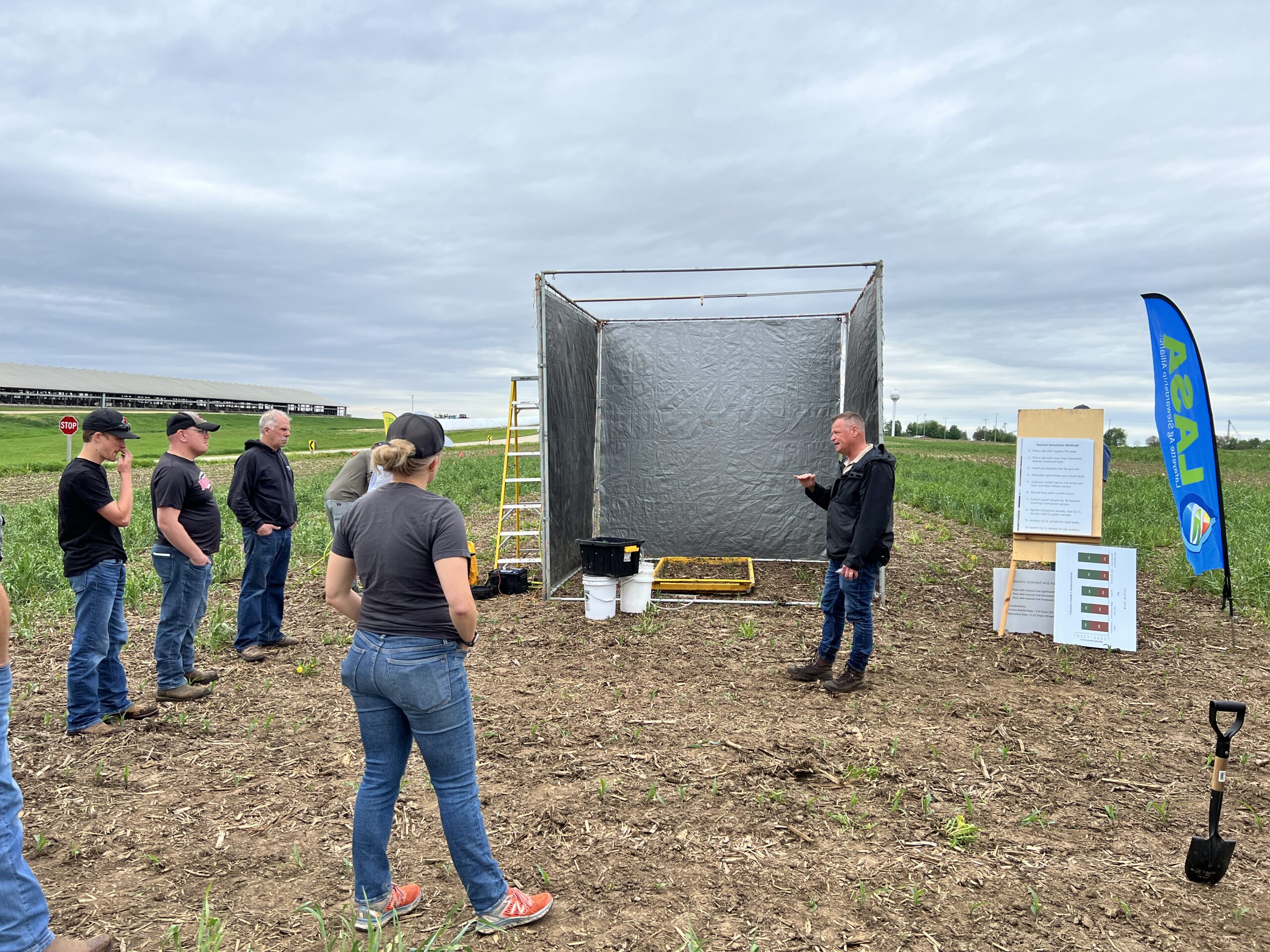 Mike Berget hosted Lafayette Ag Stewardship Alliance’s (LASA) first field day of the year on May 20. A group of 18 farmers and community members gathered in a field just outside of Wiota to see how planting green into rye worked for Berget.

To kick off the event, Dennis Busch, research manager at UW-Platteville, demonstrated a rainfall simulator. A rainfall simulator is used to measure the impact of water on crop management. With the simulator, Busch was able to measure infiltration versus runoff on covered ground versus no cover crop strips. The results from Berget’s field showed less soil erosion with cover crops. Additionally, there was more water runoff in areas that did not receive manure, which could possibly be due to manure and corn stalks absorbing some of the water.

Following discussion around the rainfall simulator, the group viewed an area of the field where corn was starting to emerge through the soil and the rye cover crop was terminated. Berget left a section of rye to show members the density and height when he planted the corn. The group was able to look at the root structure below the soil and see an abundance of earthworms, showing that planting green is providing the bugs and microbiology the ability to do their job below the soil.

Berget planted the corn on April 22 and noticed with the cooler temperatures this season that the corn he planted is just as tall as what was planted earlier in April. The benefit of the April planting is the root growth is likely much deeper, meaning his corn crop is receiving the nutrients that the rye crop kept in place over winter. Josh Kamps, UW-Extension crops and soils educator in Lafayette County, took tissue samples the day of the event to confirm Berget’s hypothesis.

Berget is doing several trials on this field. He surface-applied manure on half and the other half received no manure. He also tried no-tillage versus strip tillage. Based on his experience, Berget suggests planting green into the living crop and then terminating the cover crop about a week after planting.

As he continues to see many benefits to cover crops and planting green, he plans to increase these practices.

“We can put cover crops on all our acres or pick the most erodible ground and start there,” Berget said.