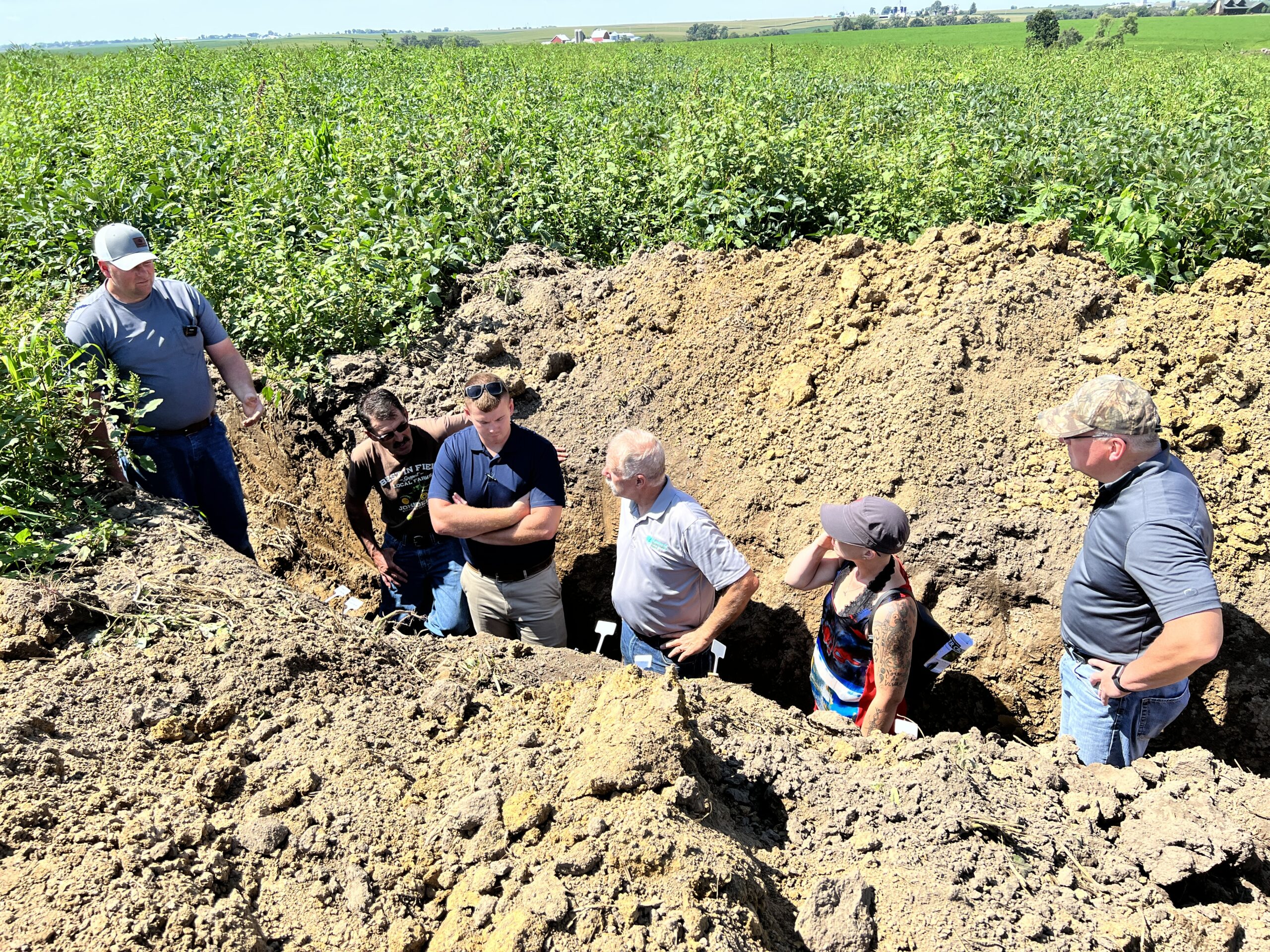 Over 30 farmers and community members gathered at Wilson Organic Farms in Cuba City, Wis., for the annual Lafayette Ag Stewardship Alliance (LASA) field day on Aug. 24. Attendees had the opportunity to crawl in a soil pit, run a soil infiltration test, learn about organic conservation practices and watch a rainfall simulator.

Josh Kamps, Regional crops and soils educator for Grant, Green, Iowa and Lafayette counties with University of Wisconsin Division of Extension, held an interactive session in a soil pit dug in a soybean field. Volunteers had the opportunity to place description tags in the different layers of profile to highlight what the soil was showing. The surface horizon was about nine inches from the top, showing good structure and few compaction layers. One important soil health feature discussed was aggregate stability.

The soil on Wilson’s farm had good aggregate stability, meaning as Kamp’s broke apart a ped of soil it wanted to stay together and was firm. This is helpful when there is a heavy rainfall or disturbance on the soil surface, allowing the soil aggregate to withstand that and minimize erosion.

On the deeper part of the soil profile, the group learned the texture changed. It moved from a silty loam on the top to a silty clay loam. The change in texture is a good benefit, as attendees could see roots still growing deep into the soil. The clay also helps hold water and keep it available for growing crops. The group also pointed out earthworm channels and plant root channels.

“We tried sharing with the group that soil function is what equals soil health,” Kamps said.

Kamps explained that this soil was healthy and high functioning. The way to tell is by seeing the root development deep down into the soil profile and clear evidence that there's microorganisms working within the soil to help bring oxygen and organic matter deeper into the soil. So, the practices at Wilson Farms at this site are effective and promoting soil health.

Chris Wilson, part owner at Wilson Organic Farms, shared their farm is taking a greater focus on soil biology and doing practices that benefit soil health. The farm has been using cover crops and a diverse rotation since the early nineties or late eighties. They were introduced to the idea from Midwest BioAg. After seeing success in the cover crops and a diverse rotation they transitioned into organic farming.

Kory Stalsberg, Farm business and production management instructor at Southwestern Wisconsin Technical College, demonstrated a rain fall simulator using five samples of ground from the Wilsons’ farm. The five samples were alfalfa grass mix established last spring, winter wheat that was harvested three weeks prior with some regrowth and manure injected into it, a soybean field that was roller crimped rye prior to planting and planted on May 28, rotational grazed paddock used in grazing for 10 years and organic corn production taken between the corn rows.

“The goal of the demonstration is to have an intense rainfall of about an inch and show the different types of cover and how that affects infiltration and runoff,” Stalsberg said. “Ideally, we want as much water going into the soil as possible.”

The samples were also put at a 25% slope which causes excess runoff. By having a cover or some type of growing crop on the soil, it’s going to reduce that rain or rain drop impact as well as allow those root channels to grow into the soil, which allows water to infiltrate faster.

In this demonstration, you want to see water on the back side and in the profile of the crop. The alfalfa and grazed samples were holding a fair amount in the profile samples.

“It's really a neat demonstration for producers to have that visual information right in front of them,” Stalsberg said.  “We're able to demonstrate different crops and different practices that are utilized, and then we see the results and what they have on the soil and the water that's being infiltrated into our soil profile.” 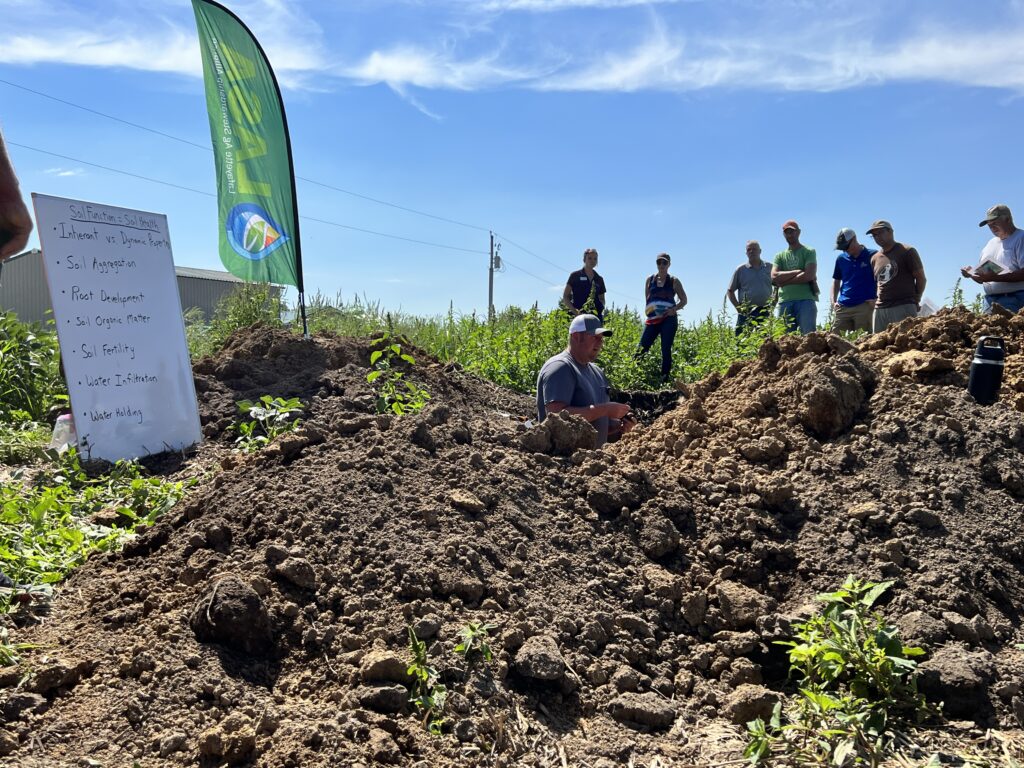 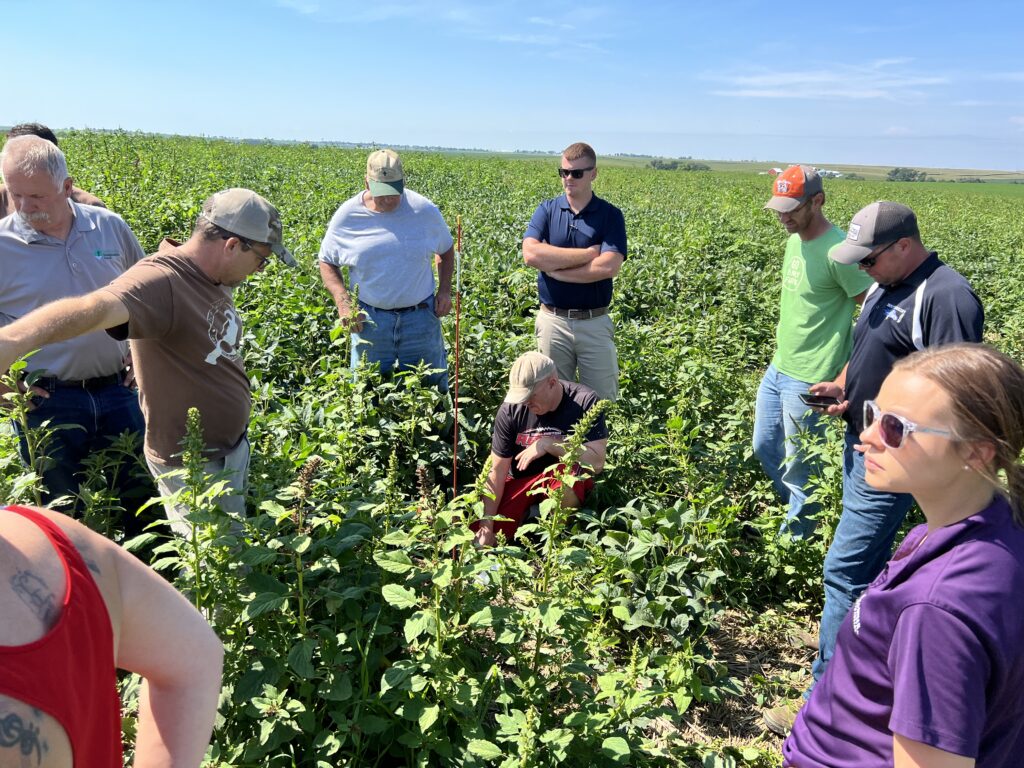 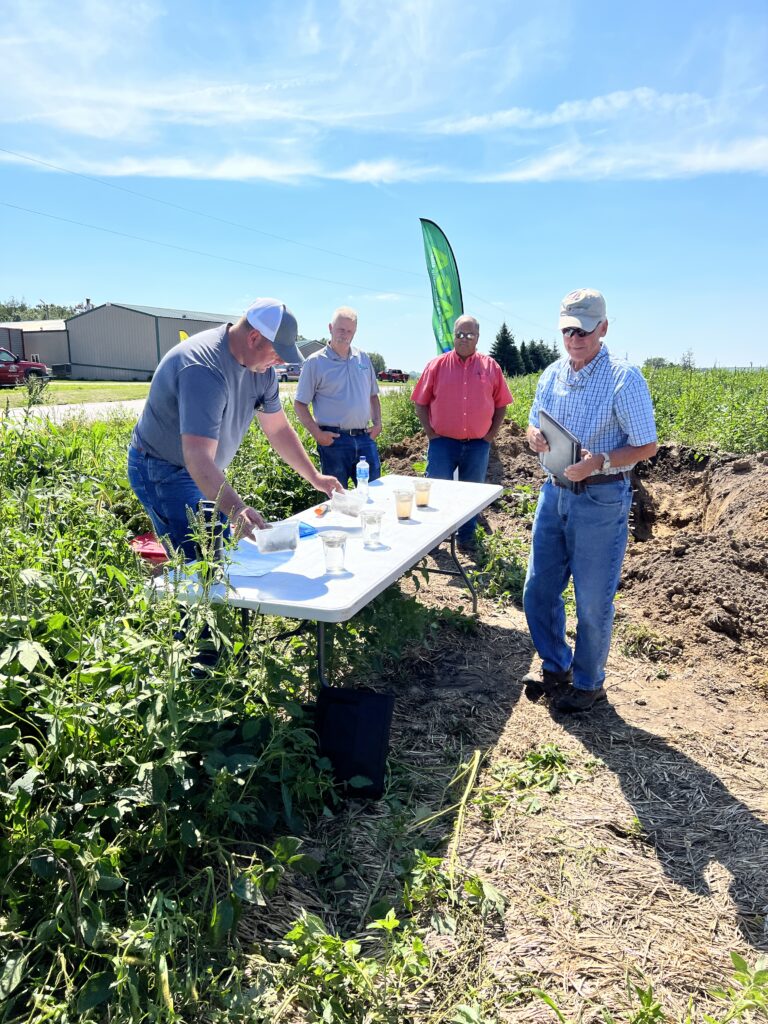 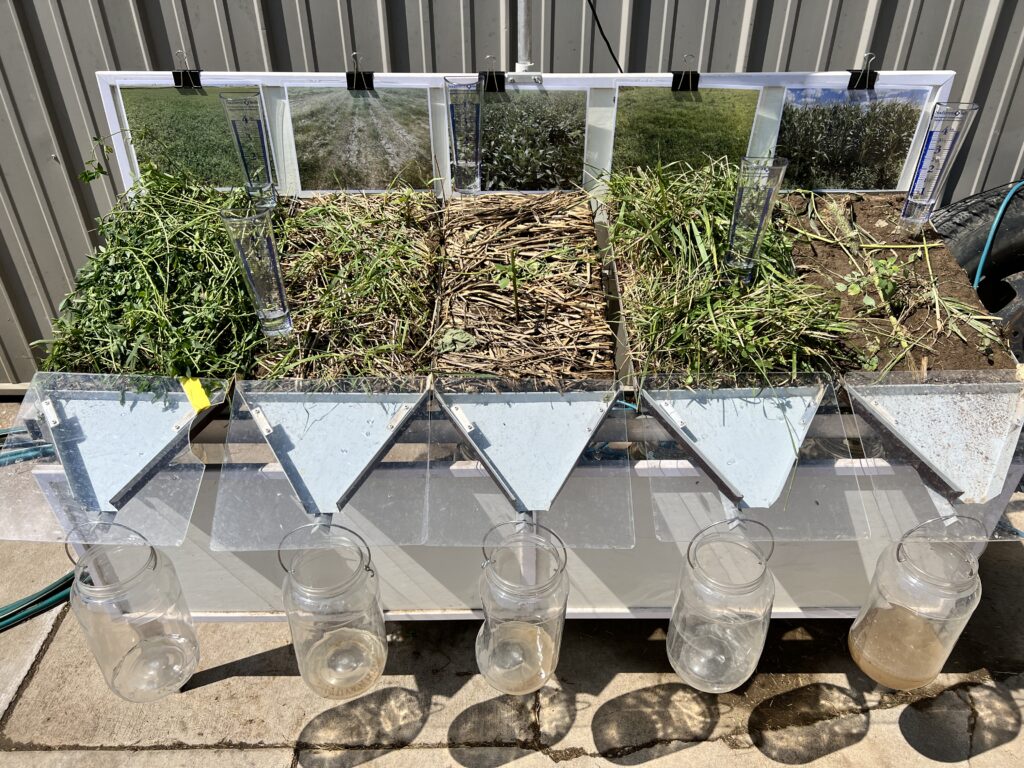 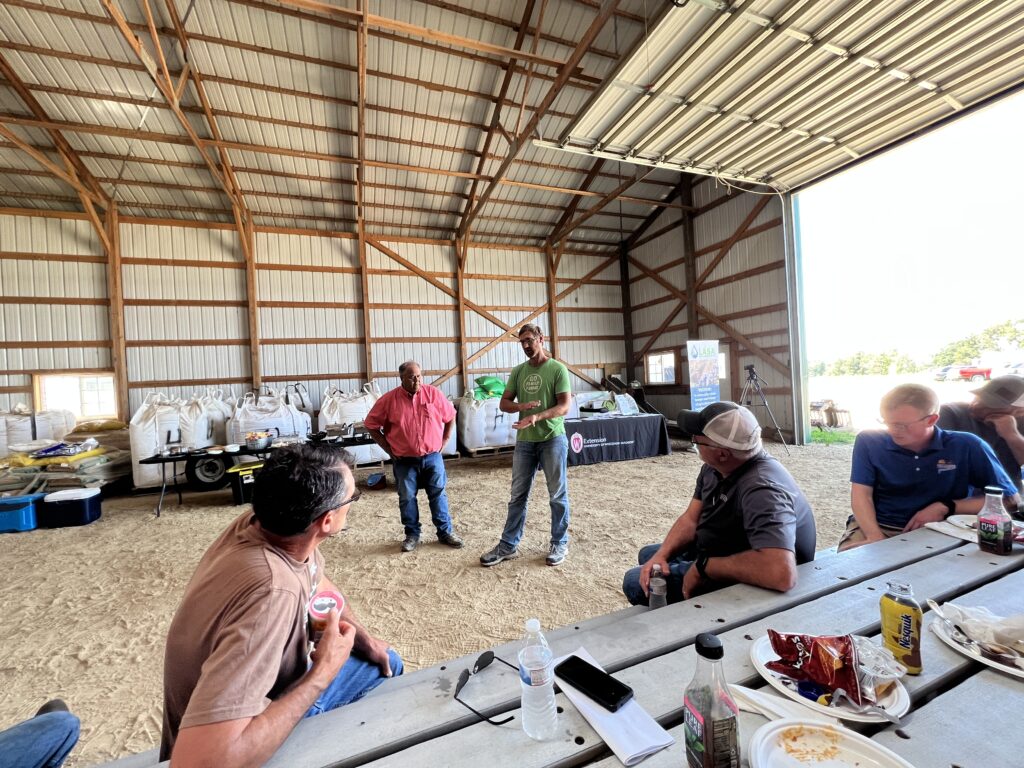 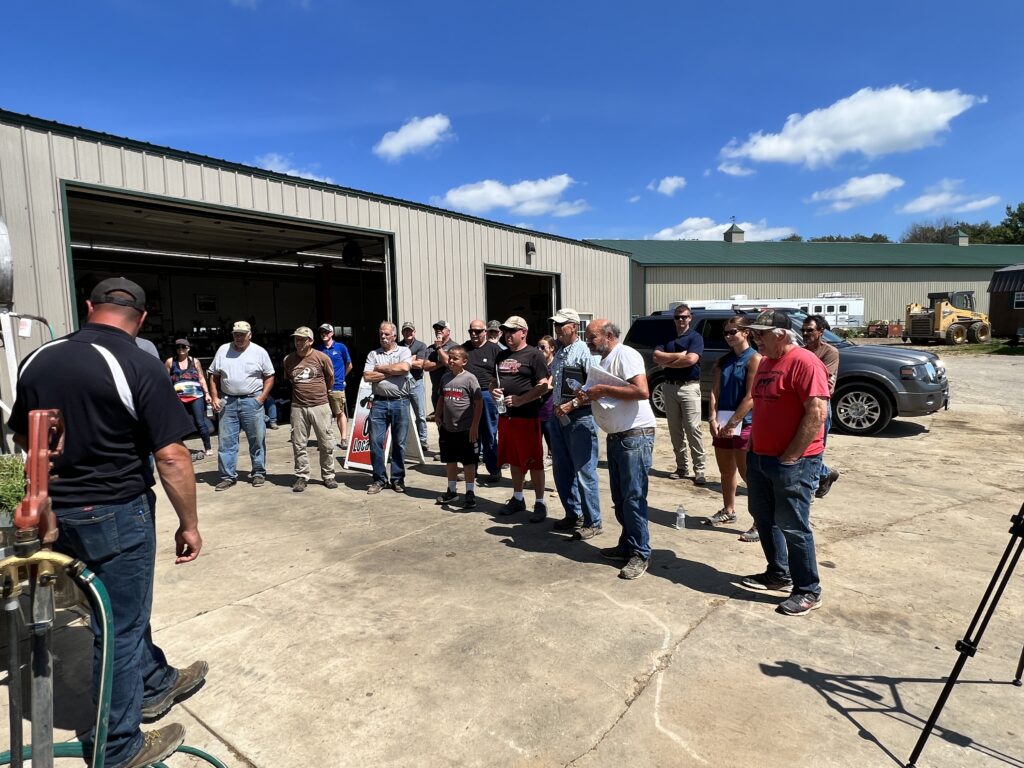 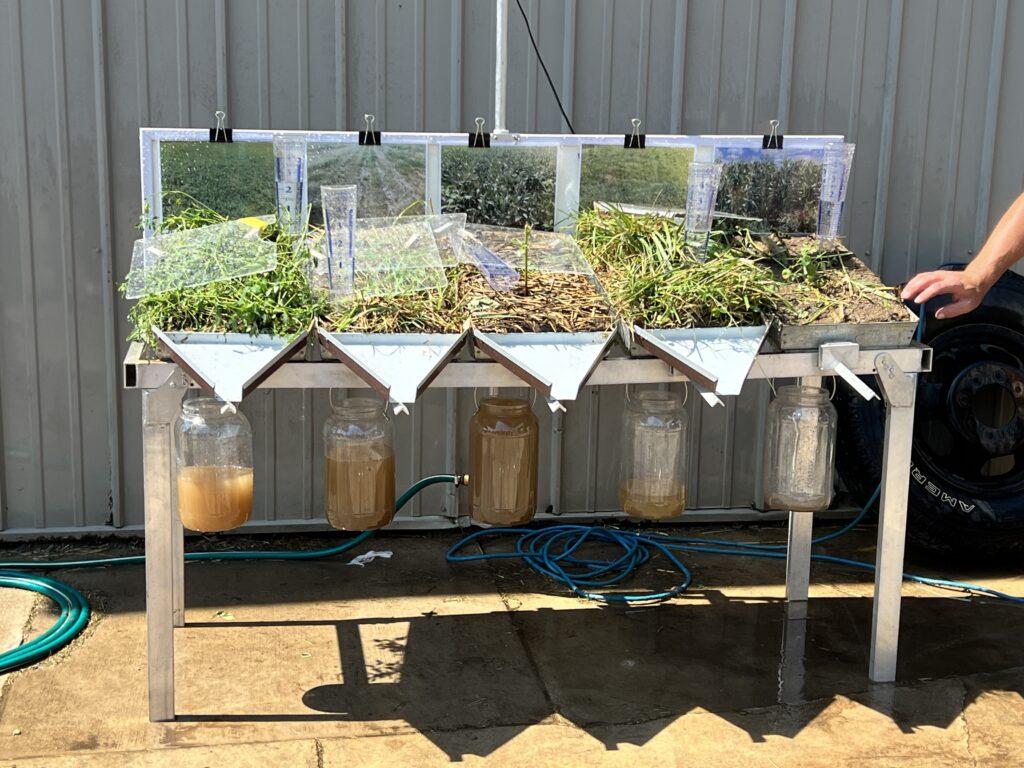